Home / Who We Are

City Mission PNG Ltd has been “Spreading the love of God and meeting human needs,” in Papua New Guinea for over 25 years. Headquartered in the capital city of Port Moresby, City Mission to Lae and now Madang.

As a non-profit, Christian, NGO we have three key areas where we spread the love of God and meet human needs. 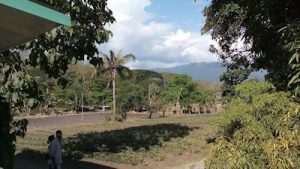 We take the most at-risk young men out of the settlements and villages  through a 14-month, residential program of life-skill development, education (most have little or no education) and vocational training. Towards the end of the program we help them get full time employment and set up a bank account.

We have also established a scholarship fund to assist the young men who want to further their education. Upon graduation from the NLSTC program the men have the option of coming to our Koki half-way house for six months as they transition from the structured environment at NLSTC to the real world where they must make it on their own. 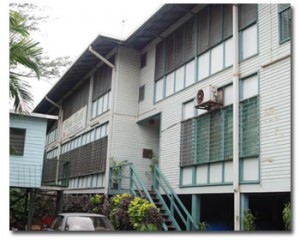 Haus (House) Ruth was named after Ruth George, wife of City Mission founder Larry George, who was instrumental in the early days of the ministry.  Since 2003 Haus Ruth has been providing immediate shelter, counseling, social services support and aftercare for women (and their children) who have been physically, emotionally or sexually abused. We were the first, largest and still the only long-term GBV program in PNG.  Women may stay for a few days or several months if she has a court case that most move through the overloaded legal system. We serve 300-400 women per year, plus the children who come to stay with their mothers.   Meri’s Seif Haus in Lae’s Two-Mile Settlement is a short-term shelter where a woman and her children to avoid violence for a couple of days.

In 2015 City Mission  launched what would become the first government-certified Children’s Crisis Center in PNG.  Located at Port Moresby’s 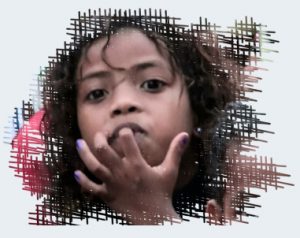 Haus Ruth facility, the Children’s Crisis Center has bed space for 36 children.  We take boys from 0-12 years of age and girls to age 18.  The Children’s Crisis Center  is designed to be a short-term crisis center for children that are abused, abandoned or orphaned while the social services authorities process their case and look for permanent residential placement with family or a long-term childcare facility.  Our Children’s Crisis Center only takes referrals from official government agencies, the police or our NGO partners.  We do not accept drop ins.

Haus Clare in Lae was originally designated as a home for children impacted by HIV/AIDS.  Since then it has expanded to meet the needs of other orphaned children. 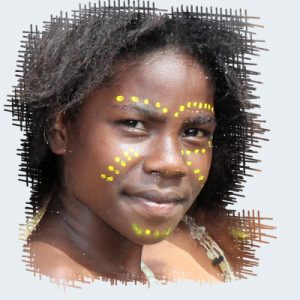 Our expansion to Madang has allowed us to open our first residential program for girls.  Girls can now have a program of education, vocational training and spiritual development in a safe environment. We are excited about this addition to the City Mission schedule of services.