A police vehicle pulls in the gated driveway. The doors open and ‘Judith,’ a young woman holding a baby and leading a 3 year old, gets out.  She’s been badly beaten. Her face is bruised and swollen.  Her arm has a dirty, ragged bandage, stained red with dried blood from a cut. She has several little round burn marks on her legs, probably caused by a hot cigarette. Her little finger is broken and crooked. She can barely see through the one eye that isn’t swollen shut.  She has not been to see a doctor yet, although the abuse occurred a couple of days ago.

It isn’t the first time her partner has hurt her.  “Next time,” he says, “I will rape you, then cut you up and let you bleed to death slowly.”  Judith waited until he is asleep and, with the clothes on her back and kids in tow, flees what she is sure will be certain death someday.  Most likely nothing will happen to her husband.

‘Judith’ is not a real person; but her story is a typical composite of many of the women who have come to Haus Ruth, a shelter for battered women in Port Moresby.  While Judith is not real, the stories are.  There are a lot of them and they are sometimes much worse. Gender-Based Violence is a daily reality for many women in Papua New Guinea and other parts of the world. Doctors Without Borders declared the level and severity of GBV in PNG to be the same as that expected in war zones.

The stories we hear at Haus Ruth are heartbreaking.  Abuse is not limited to the physical body.  It is often accompanied by humiliation and terror.  More often than not sexual abuse, torture, humiliation, total domination and death threats accompany the physical abuse inflicted on them by their husbands and partners. While physical wounds may heal in a few weeks, the 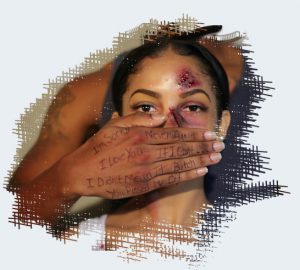 City Mission PNG Ltd. operates Haus Ruth, providing services in Port Moresby and a Meri Seif Haus in Lae. The dedicated staff at Haus Ruth has been working to meet the needs of GBV survivors since 2003.

As the first, and one of the few, long term care facilities in PNG, we provide immediate shelter and security for battered women. Over the length of their stay women and their children receive housing, food, clothing, counselling and medical care if needed.  Our staff also provides social services support for women who are trying to get their cases through the overloaded court system.”

We are able to offer all of this free of charge to our clients, because of the generous donations of individuals, NGOs and local businesses.  Late in 2015 we received some funding from the city government for the first time in our history.

Mamma “Joy” is a matron at Haus Ruth.  She was also the very first client at Haus Ruth.   She was in a traditional, arranged marriage. After years of marriage and six children her husband began marrying new wives.  First he moved her and the children to the servant’s quarters; later he kicked them out altogether to make room for the new wives he was acquiring. He threatened her with a knife if she didn’t leave. Abandoned and alone, with nowhere to live Larry George, founder of City Mission, took her in, launching the Haus Ruth project. (Haus Ruth was named after Larry’s wife, Ruth George.) “Joy” stayed on as a matron and today works with the women and leads devotions.  She believes that the lives of women can be changed through the help and counselling offered at Haus Ruth.

“Martha” came to Haus Ruth recently.  Her husband is very demeaning and abusive, using vulgar language with her and her children on a daily basis and bashing her regularly – often leaving her with a black eye.  Sometimes he strips her naked and belts her in front of the children – and another woman living in the home, whom he is having an affair with. She is a professional woman and sometimes, when she returned from traveling for work, he takes all her clothes and drives down the road throwing them out the window one by one until the bag is empty.  She lost her job because he was harassing her at her workplace. Even though he refused to allow her to see her children from a previous marriage, he forced her to look after his new woman and her children.

“I had no hope before coming to Haus Ruth,” she said. “After coming here I have peace that I used to have before all of this started.  It is like a home here. I had been moving constantly, but now I felt my burdens were lifted from me. I feel there is someone here to stand with me.  We can sleep and not have to be on alert all the time.  My faith has been strengthened and Haus Ruth has put me back on track with my God.”

Since 2003 Haus Ruth has provided support services and counselling for women like this.  Over 2500 women, 200 men and 150 children have received counselling and support through the program.  Additionally, over 1200 children have accompanied their mothers during their stay at Haus Ruth – which might last from a few days to a few months, depending on the situation.

The Manager for Haus Ruth (who asked not to be named because of threats against her by angry husbands) does a lot of the intake counselling and all the counselling for men and couples who are interested in saving their relationships and marriages.  “Experiences like these leave more than physical scars; they leave emotional wounds as well.  Because of this,” she said, “Haus Ruth is dedicated to meeting the immediate needs of GBV survivors, while understanding that the long-term effects of that violence just don’t go away by themselves.  For this reason City Mission/Haus Ruth, with funding from ChildFund,  is launching a new program that will create ongoing, peer-based survivor support.”

Under the new program veteran survivors of GBV, who have managed to cope with their abuse and go on with their lives, are being recruited as volunteers to provide ongoing peer support for women who are still in the middle of their emotional (and sometimes physical) pain.  Peer support volunteers will contact their GBV friends on a weekly basis and provide a listening ear, encouragement and support that is needed for long-term emotional healing to occur.

By sharing their own stories of abuse, and how they have managed to overcome, veteran GBV survivors not only help current survivors, but often find redemption from their own experiences.  What was once nothing but a negative thing in their lives suddenly has something positive about it – as they use their experience to help others.  If you are a GBV survivor and want to help other women please contact City Mission/Haus Ruth to find out more about volunteering.

The women who come to Haus Ruth often do so with the clothes on their back (sometimes less).  They have no money and no job; yet they are faced with either getting out on their own to support themselves and their children or going right back into the  abusive situation because they have no other source of support.  Some women go back, putting up with the abuse for the sake of their children.

Awareness of the GBV issue is beginning to make a difference in PNG.   Laws are changing and more people are waking up to the fact that physical violence and emotional abuse is never the right way to handle issues.  There is still a long road ahead for PNG concerning this issue; however the more people who speak up against GBV the faster things will change.

A project that will provide materials for making crafts such as bilums (hand woven bags) and other items will do the double duty of providing positive, productive activities and allow the clients of Haus Ruth to earn their own money. Products created by GBV survivors will be sold to the public to help sustain the program, with any proceeds left over going back into the operational costs of Haus Ruth. Individuals, businesses or organizations who want to support GBV survivors by purchasing products created by the women at Haus Ruth can contact City Mission.

We continue to develop our services at Haus Ruth – as funding allows us to meet the ongoing needs of GBV survivors.  For every one of the hundreds of women we serve each year, hundreds more suffer in silence.  This has to change. The capacity to meet the needs must be expanded – by us and other organizations.

While many GBV stories do not end well, Haus Ruth does make a difference in many of them. The stories don’t have to have a sad ending, even if they had horrible beginnings.

“Mary” (not her real name) who experienced being bashed three different times, was asked what Haus Ruth meant to her.  “Family,” she replied, “and security and hope….”  She went on to say, “At Haus Ruth my Christian faith was greatly strengthened and I learned much about myself and about God.  The women there all helped one another by sharing with each other.  I realized I did not have to have a man to make me feel like someone, God created me special and He is there for me, no matter what.”  Today, with marriage counselling, “Mary” and her partner are attending church together as a family and learning to live in a violence-free relationship.

If you want to know more about how you can support GBV victims please contact City Mission/Haus Ruth by calling 320-0606.